In September 2020, the indigenous Armenian region of Artsakh was violently invaded and re-colonized by the imperialist state of Azerbaijan. Shushi, a historically Armenian town and the cultural center of the region, is now devoid of any indigenous inhabitants and occupied by a foreign state.
Indigenous Shushi is a response to this re-colonization of Artsakh. The portraits are former residents of Shushi who have now been deracinated from their indigenous lands. They stand in front of ancient Armenian texts from the region and the Armenian highlands that span centuries.
The work imagines an arc of invisible history connecting the two: the ancient codex and imbedded narrative re-contextualizing the deracinated present, keeping aloft a community, re-generating the indigenous moment. Through the letters, language, and texture of that history embedded in those pages, it imagine a de-colonization of Shushi and a futurity when that history will return. It imagines as well the de-colonization of occupied Western Armenia, of Palestine, the indigenous lands of North
American and countless others across the globe.
The series echoes the eight saint portraits adorning the walls inside the Armenian Apostolic Gazantchetots church in Shushi and it is composed of eight pieces. 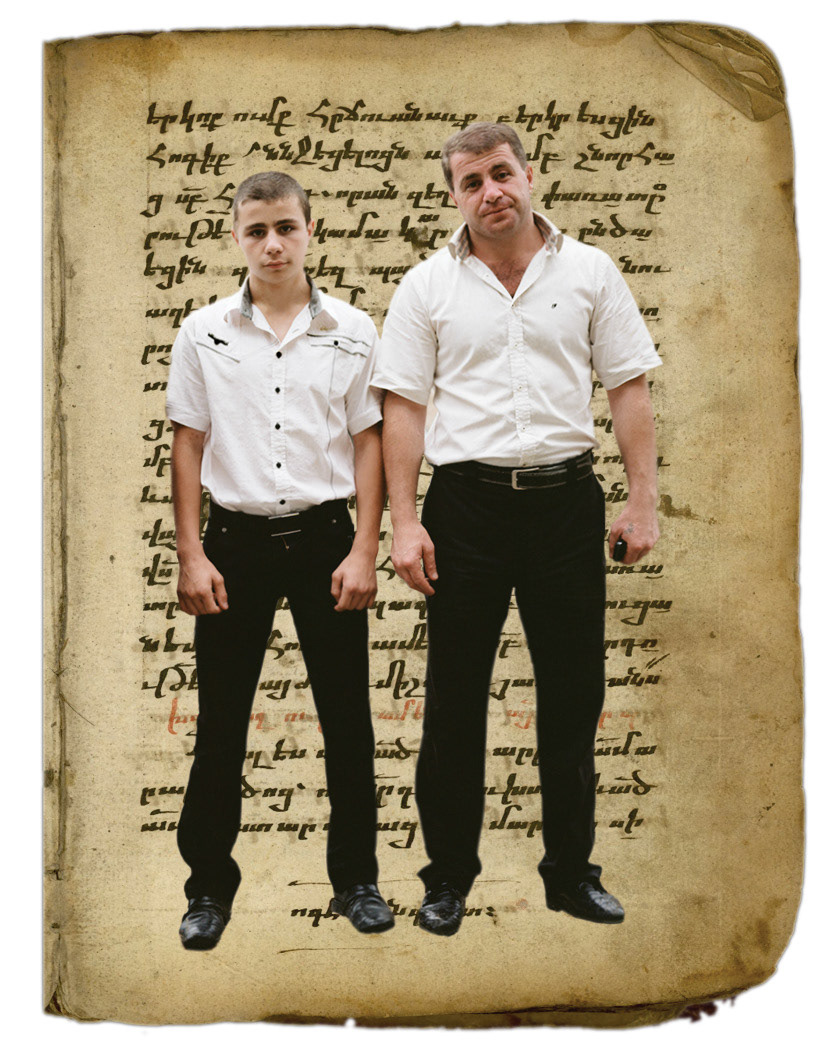 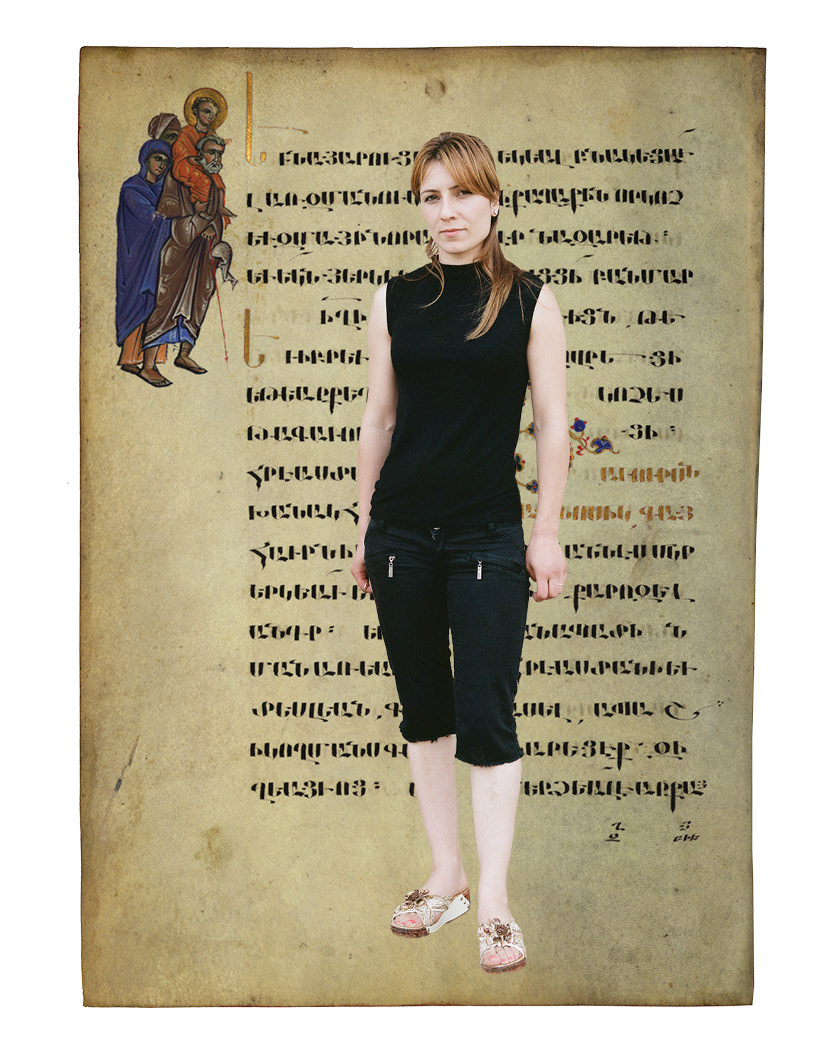 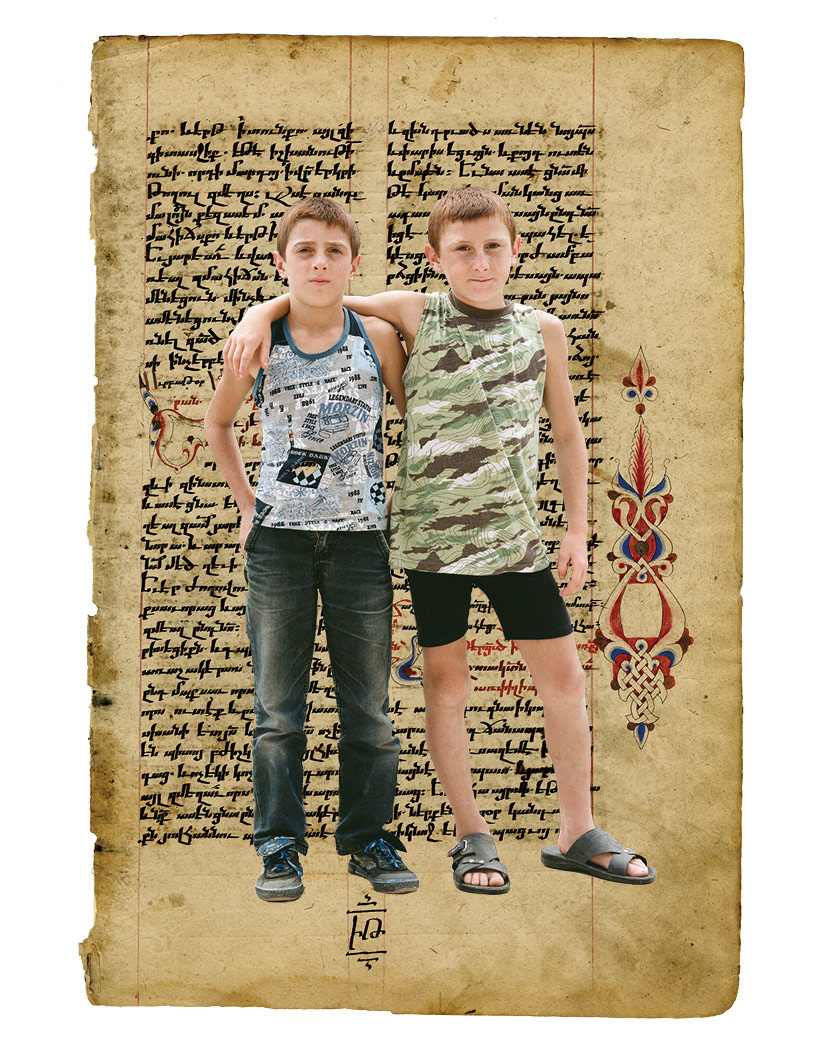 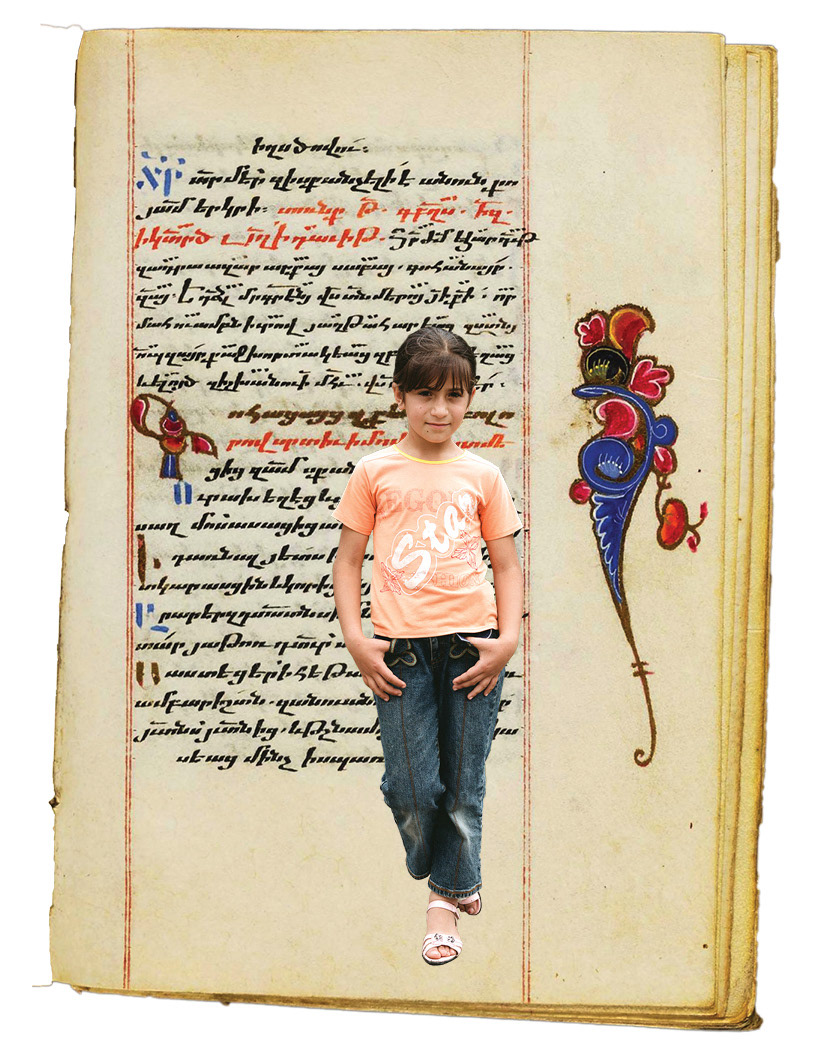 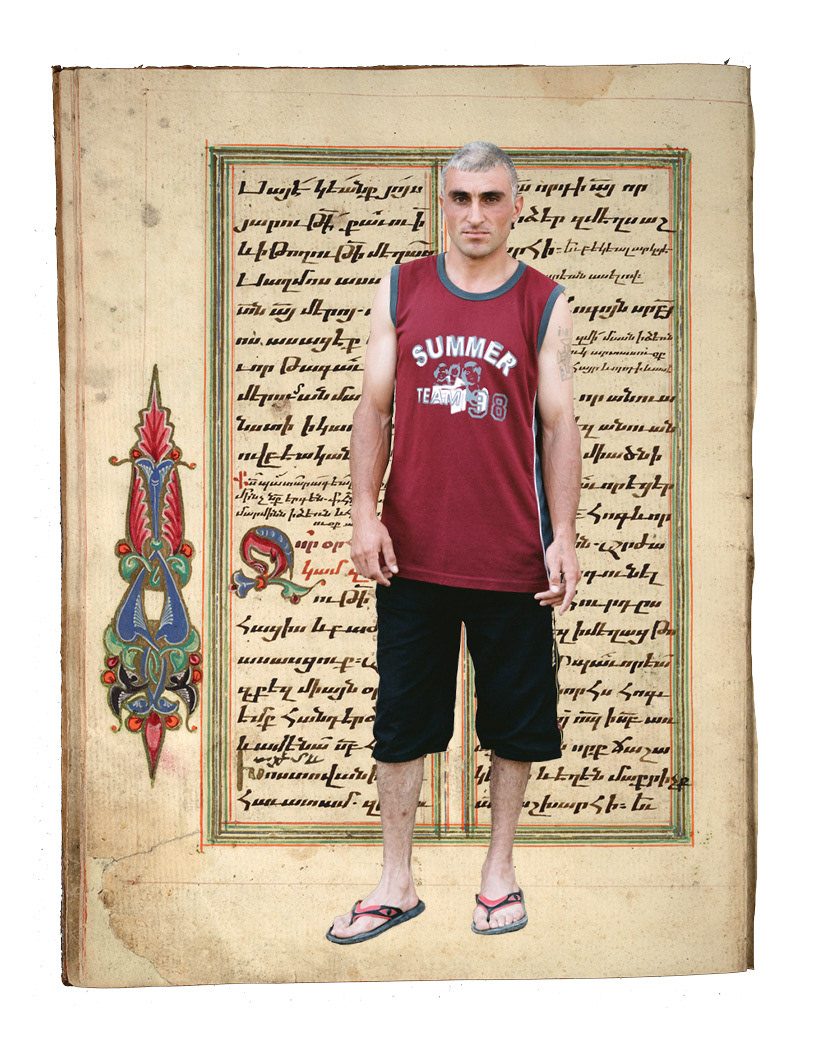 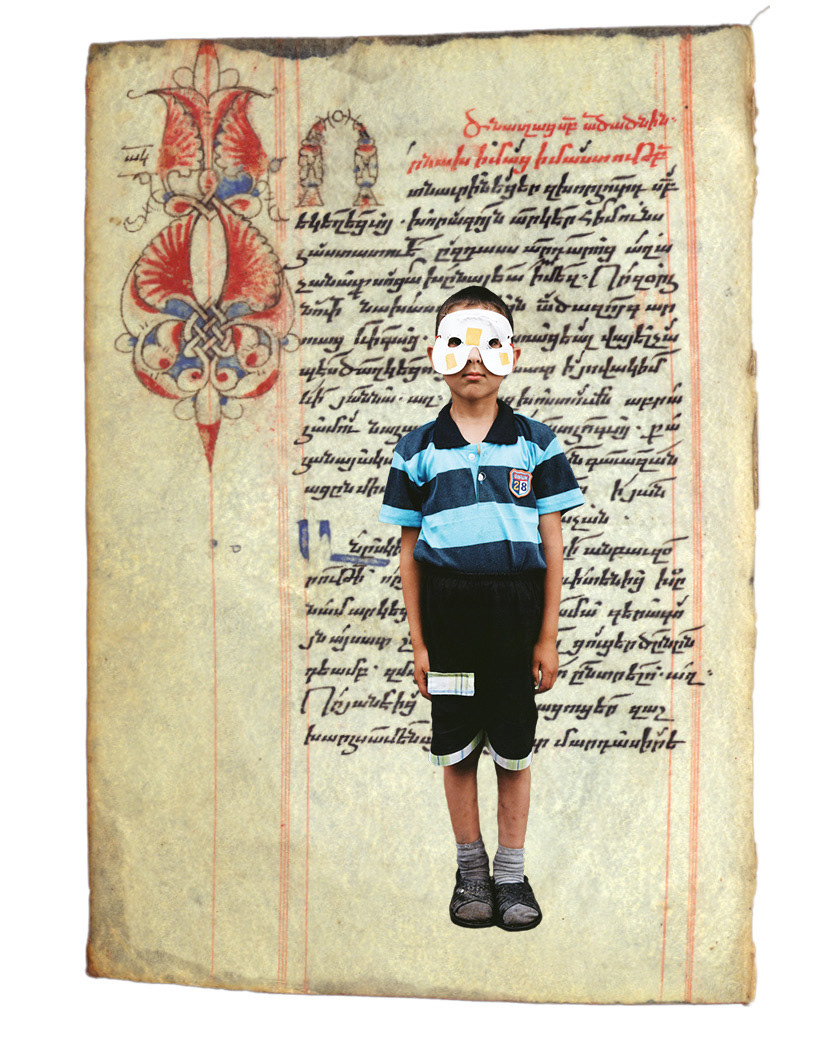 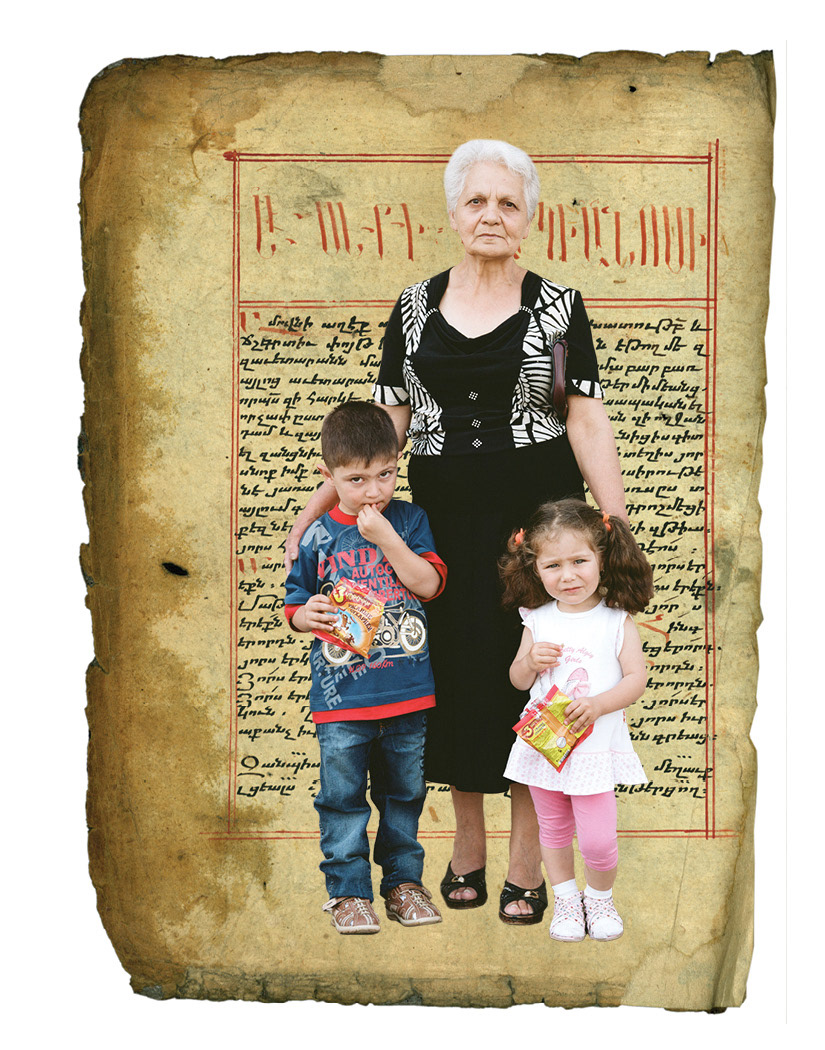 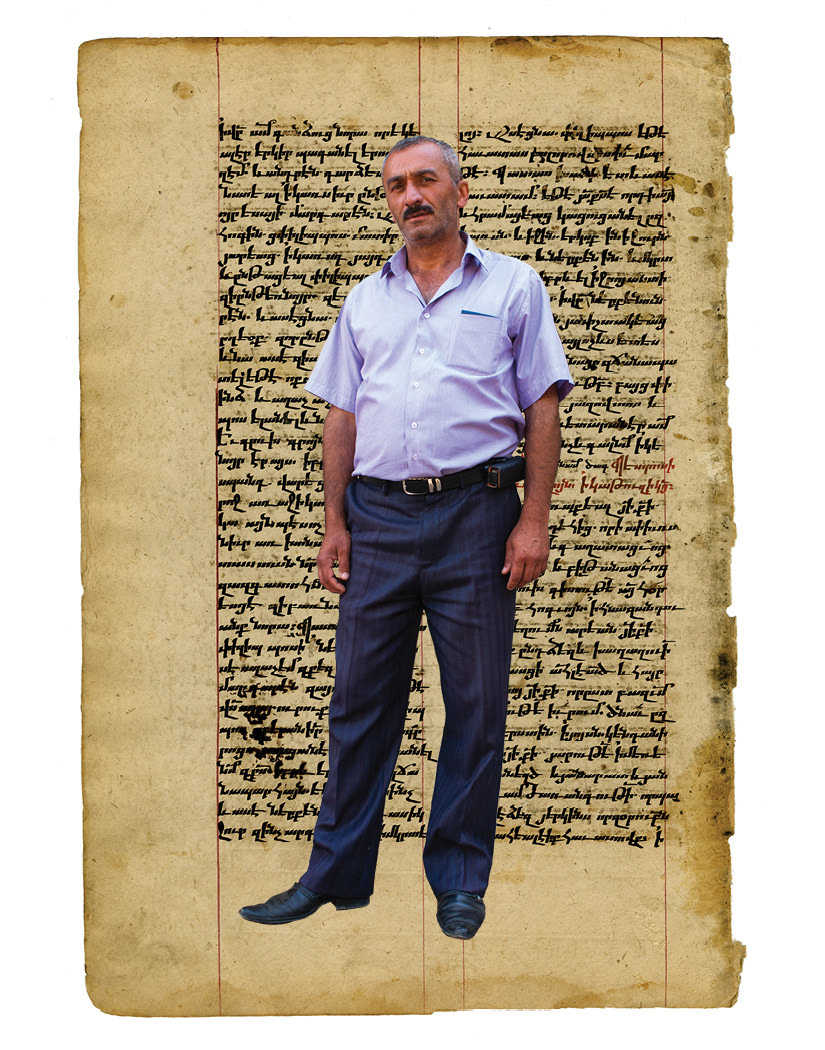