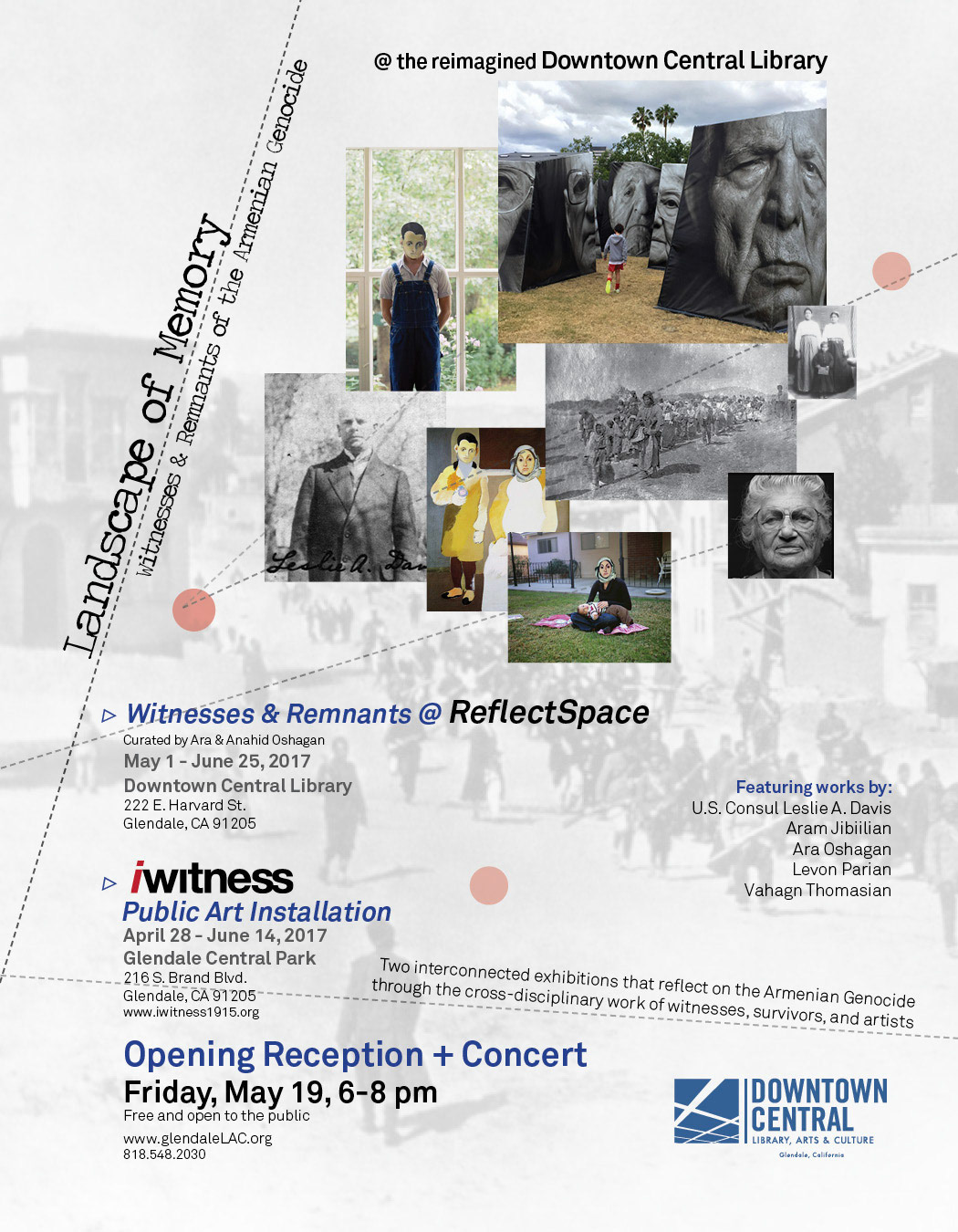 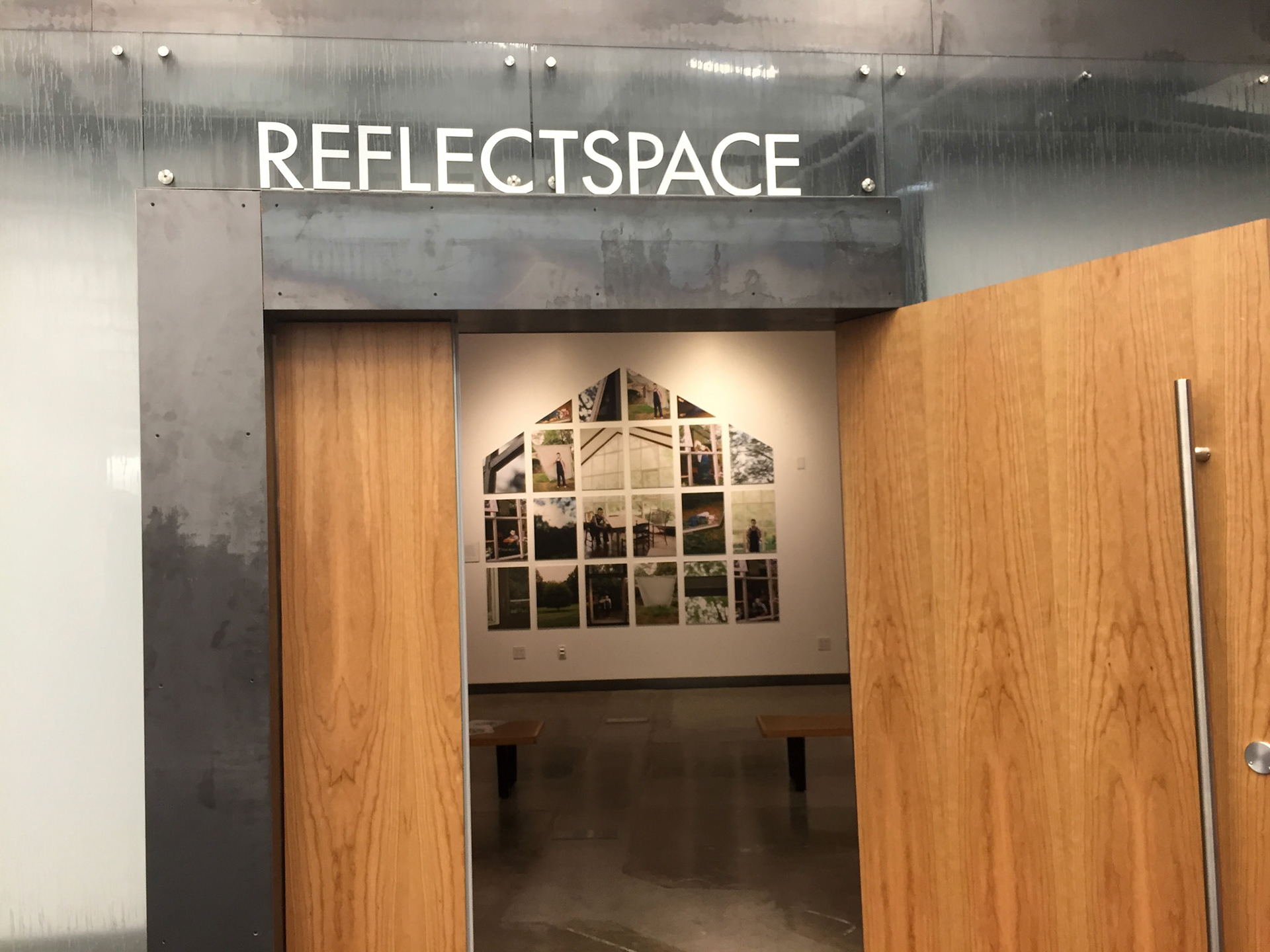 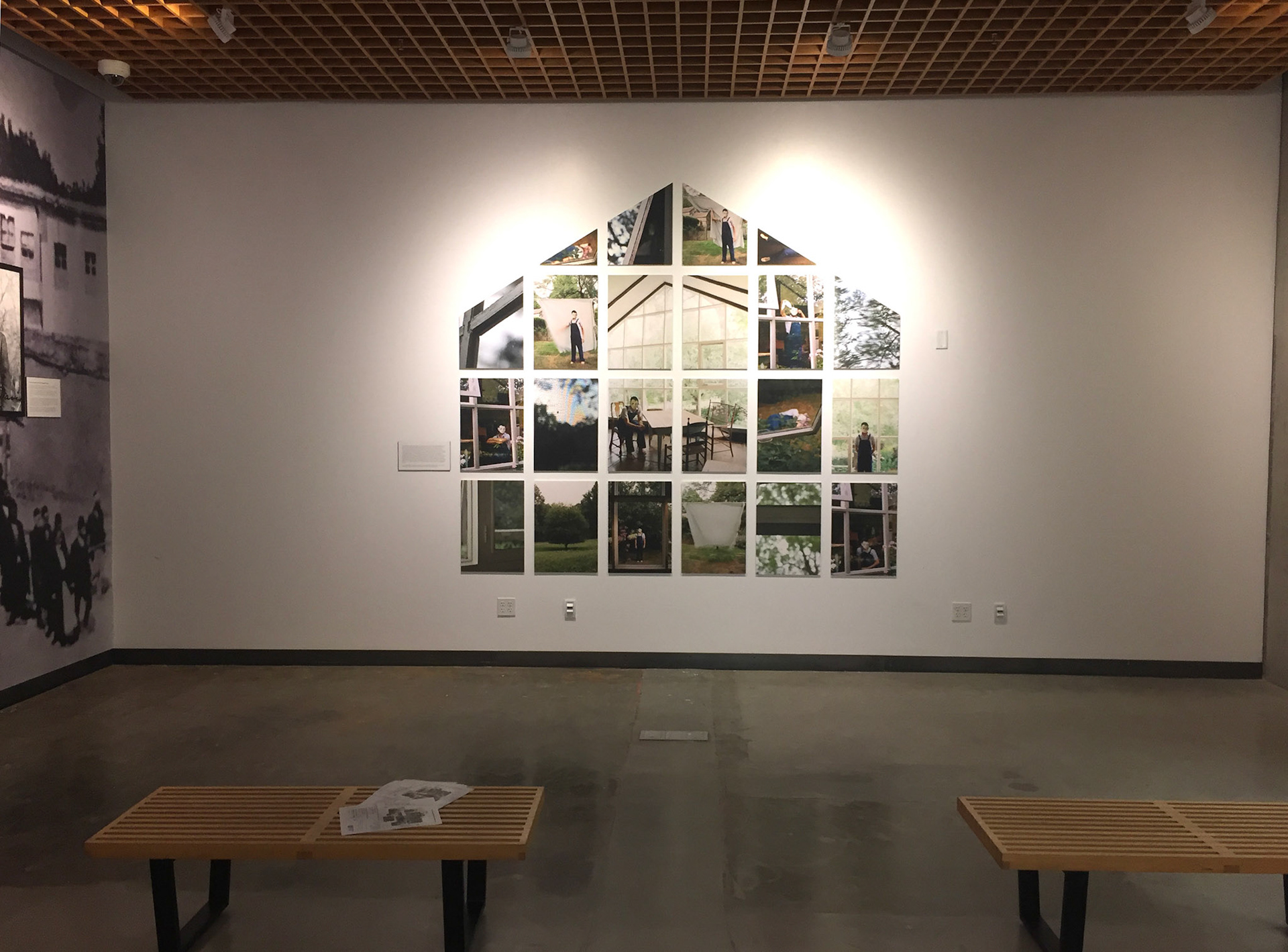 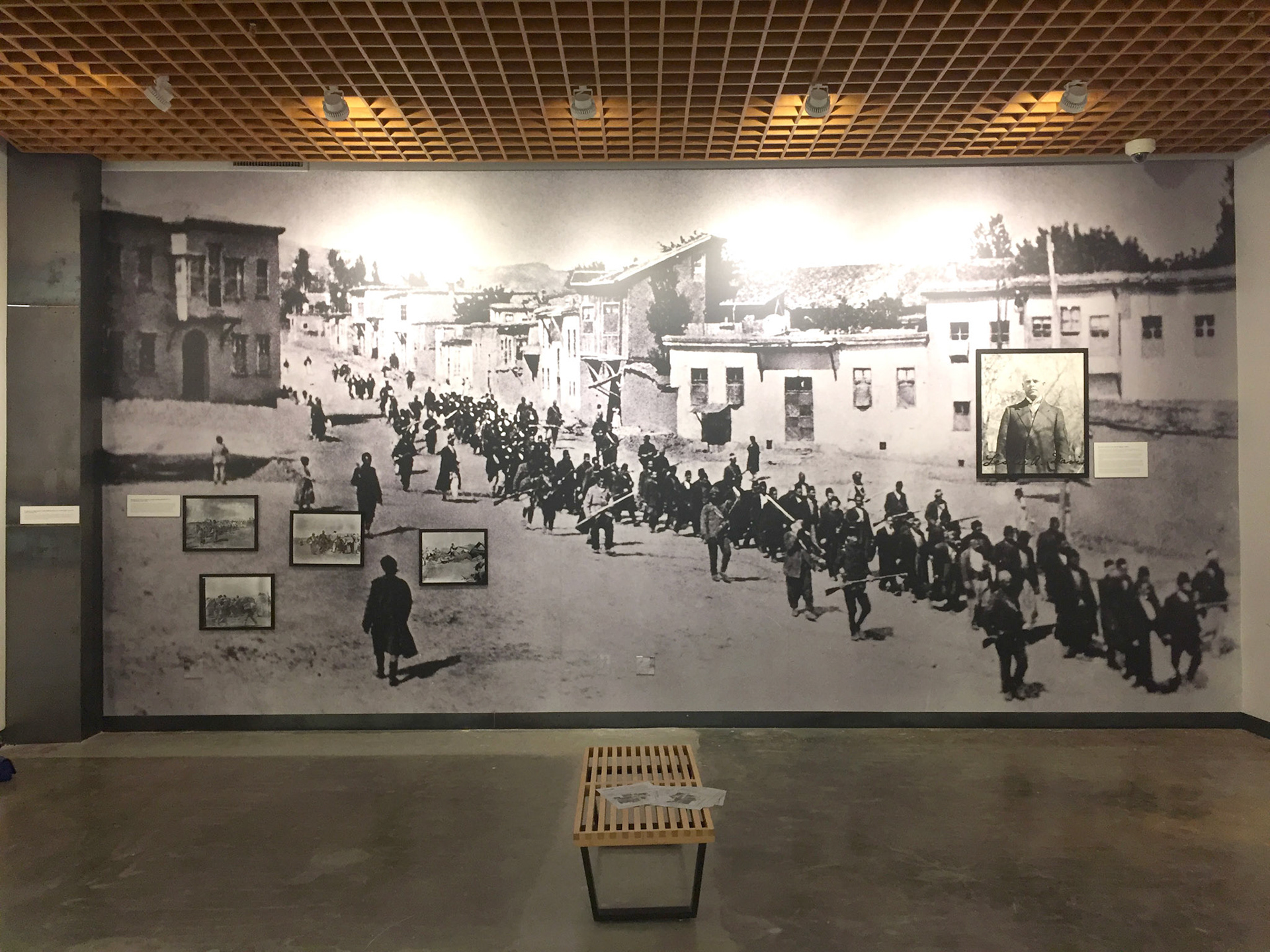 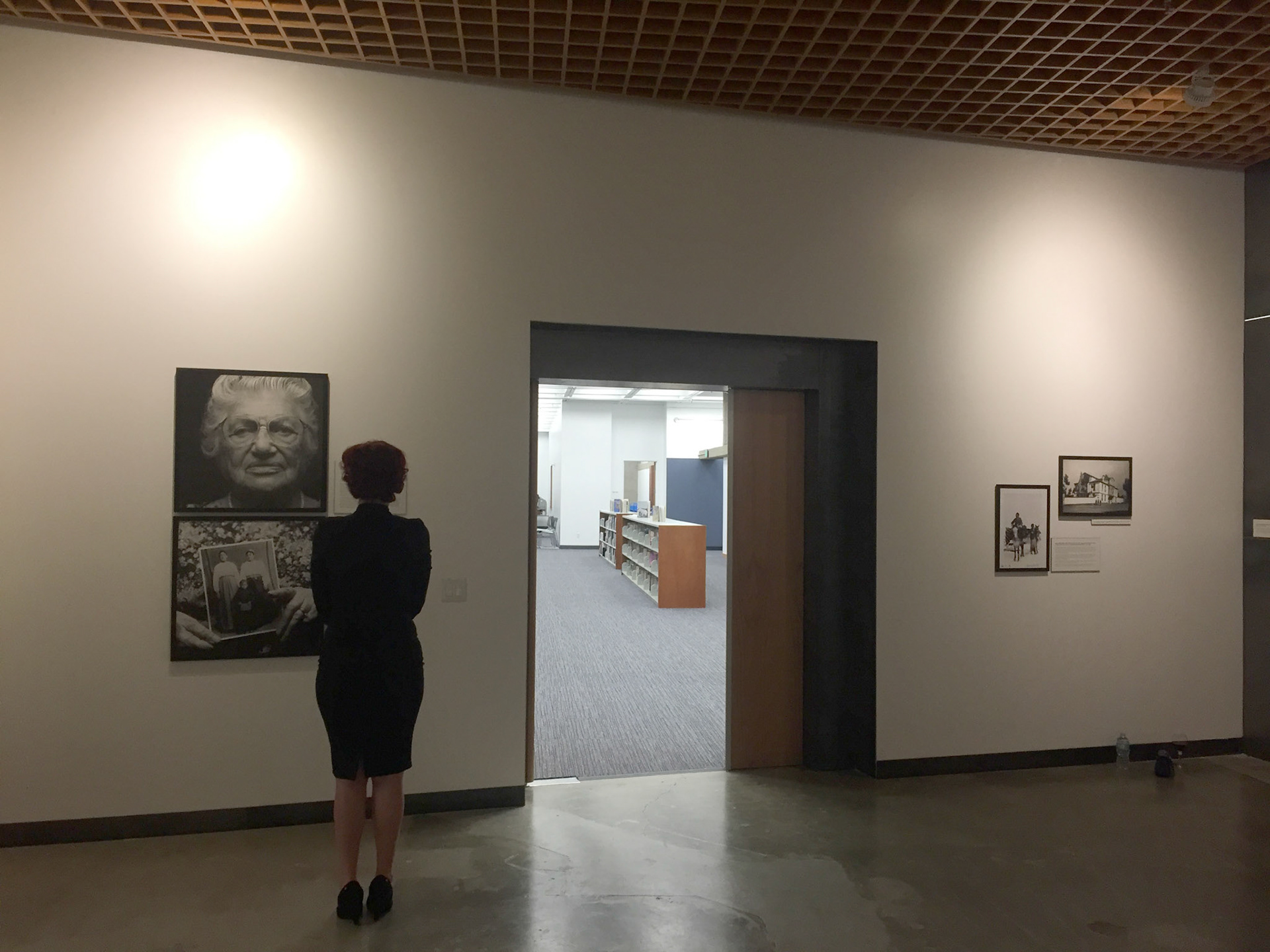 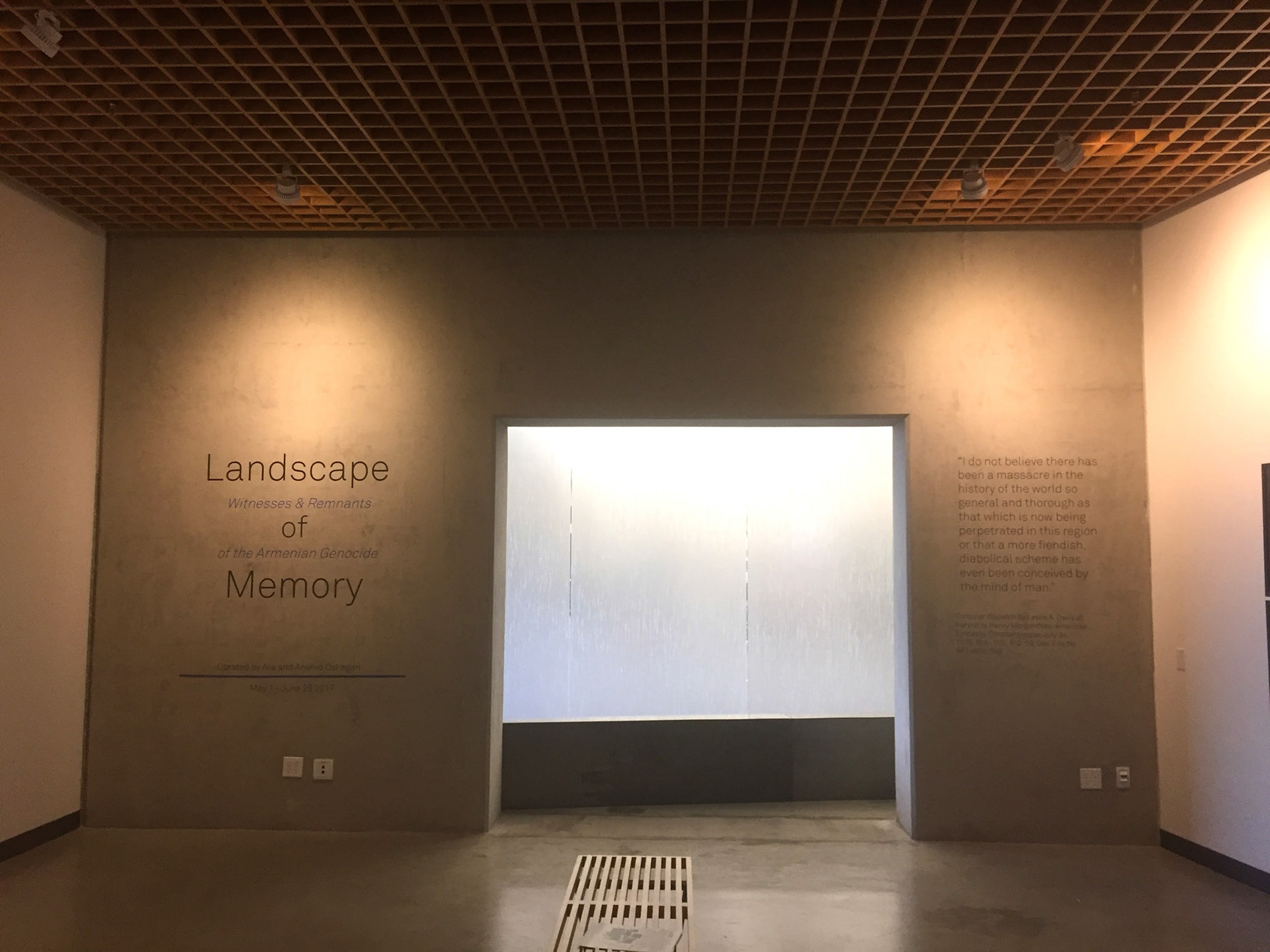 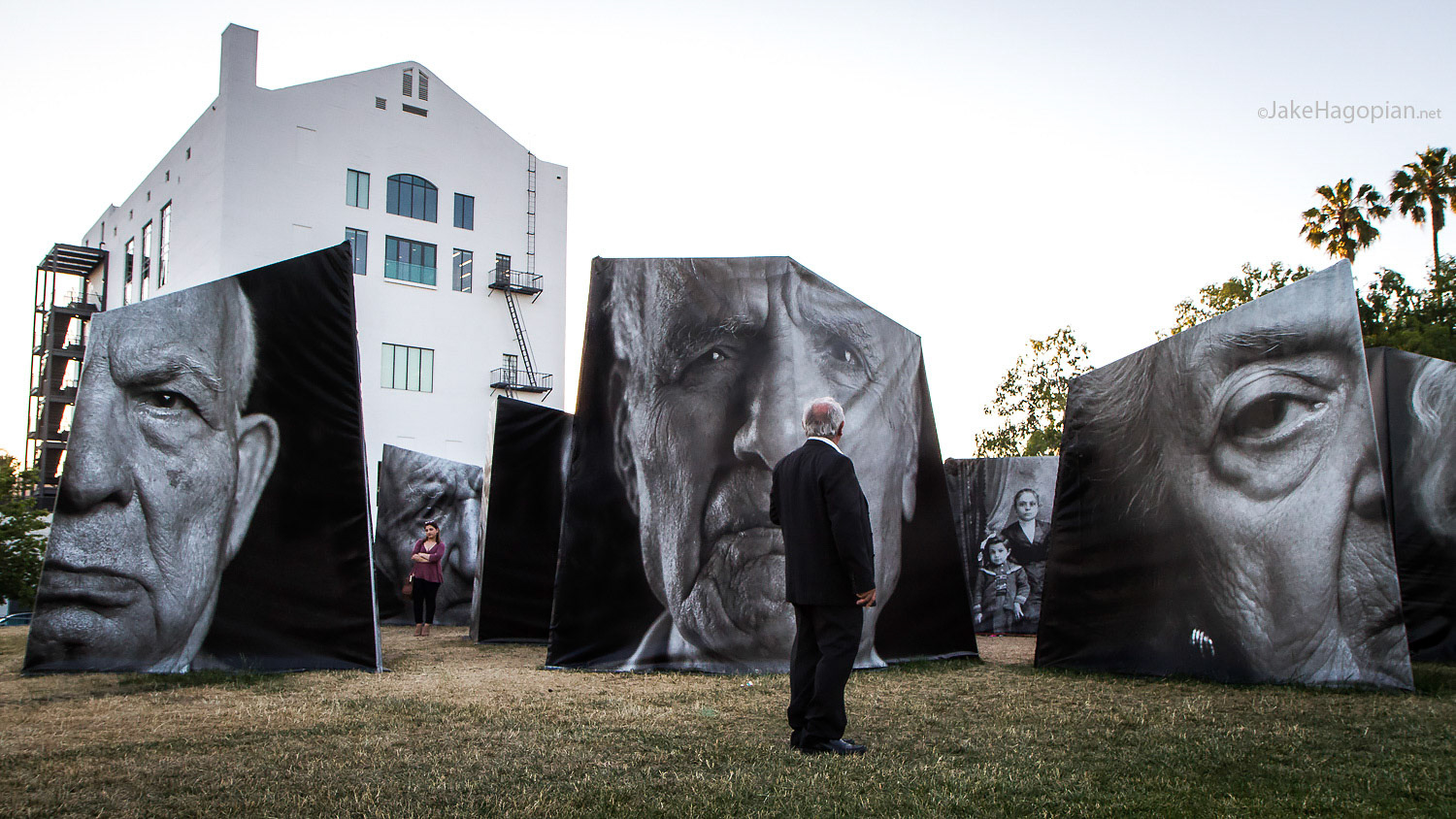 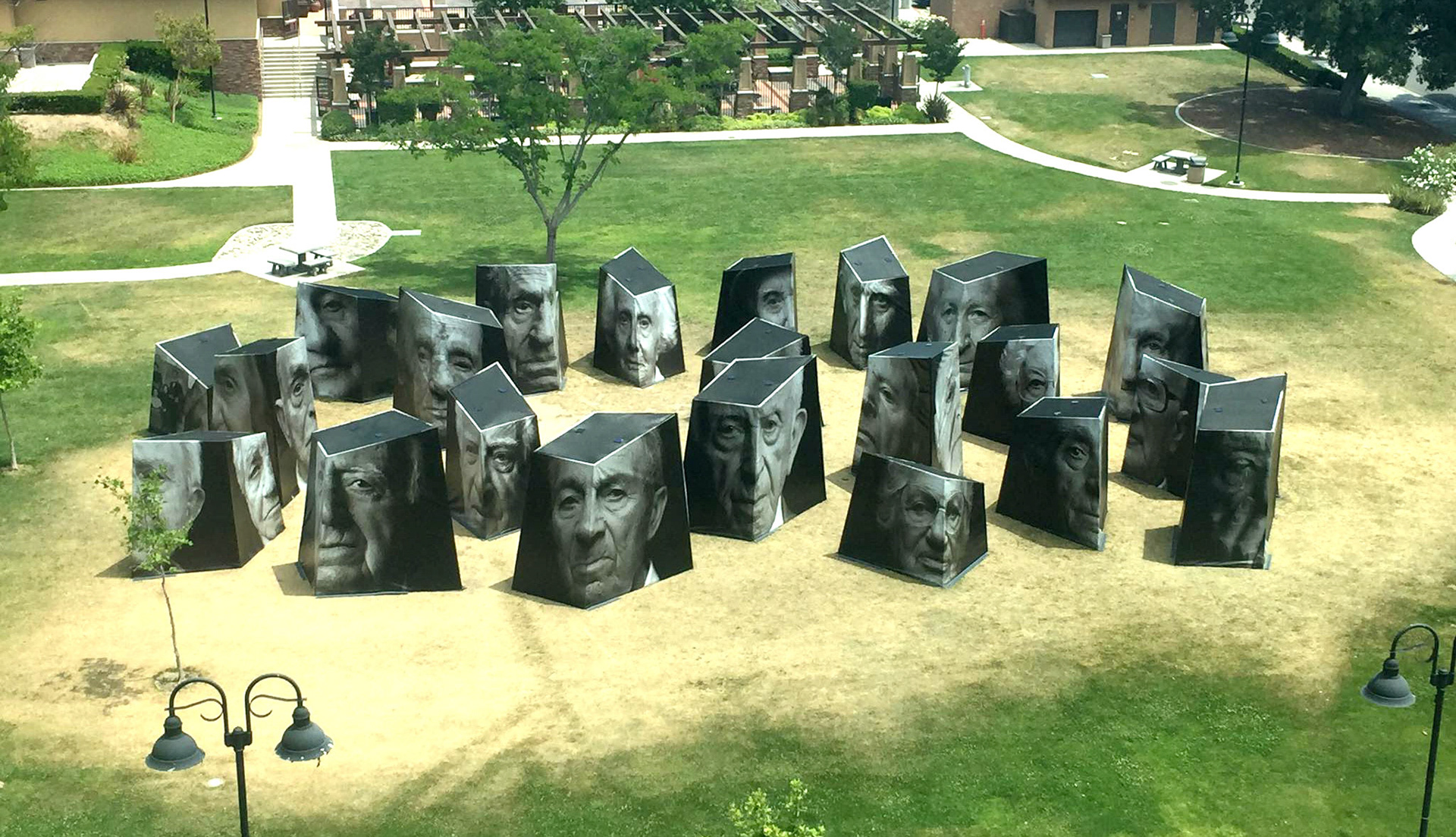 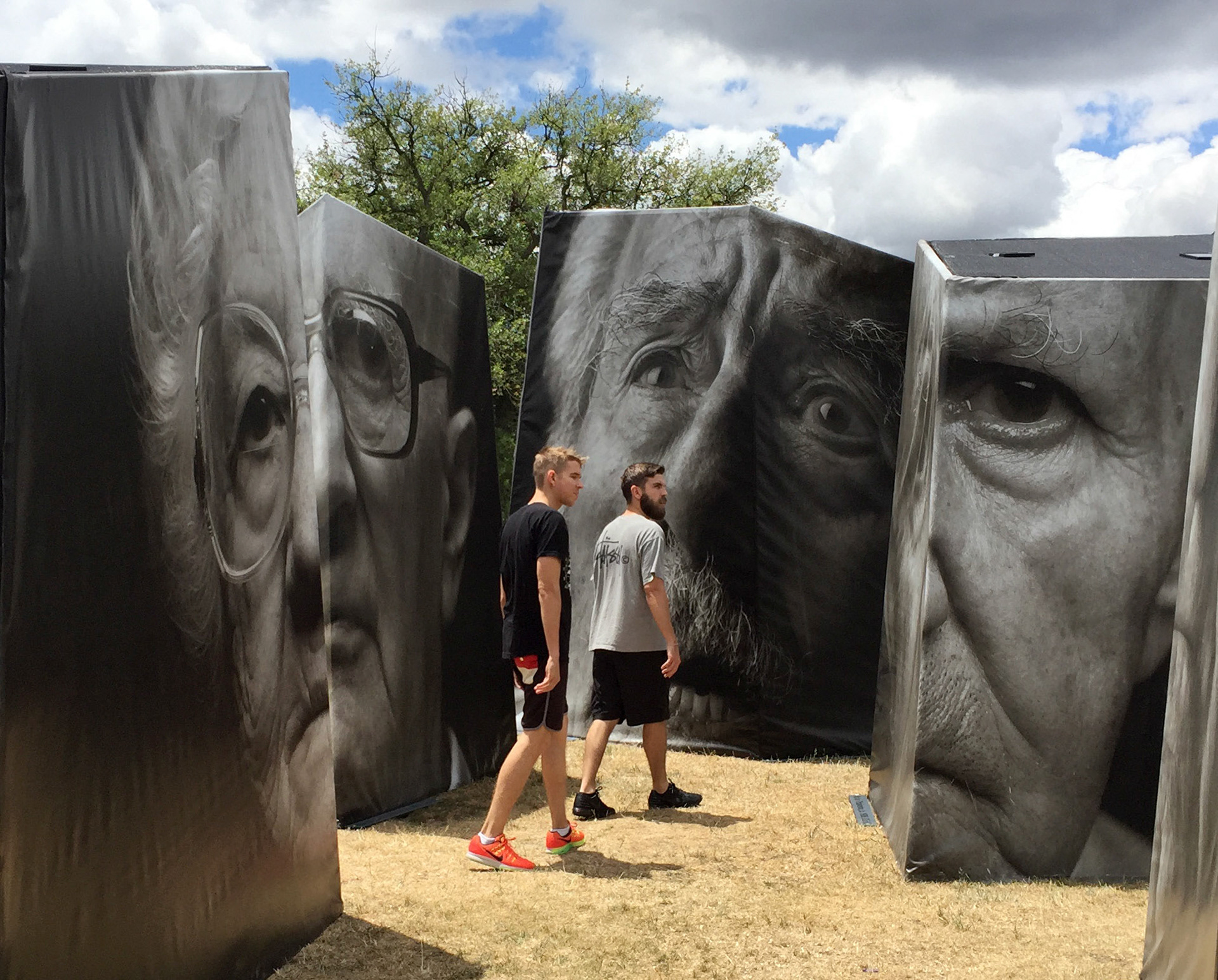 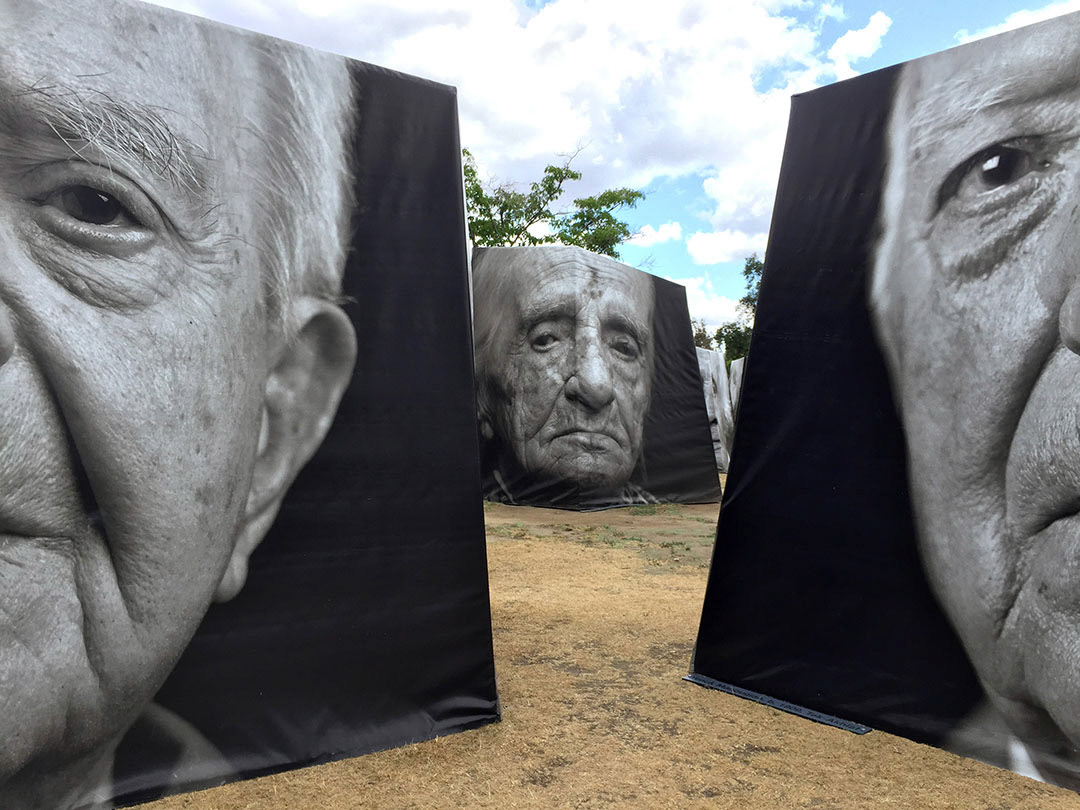 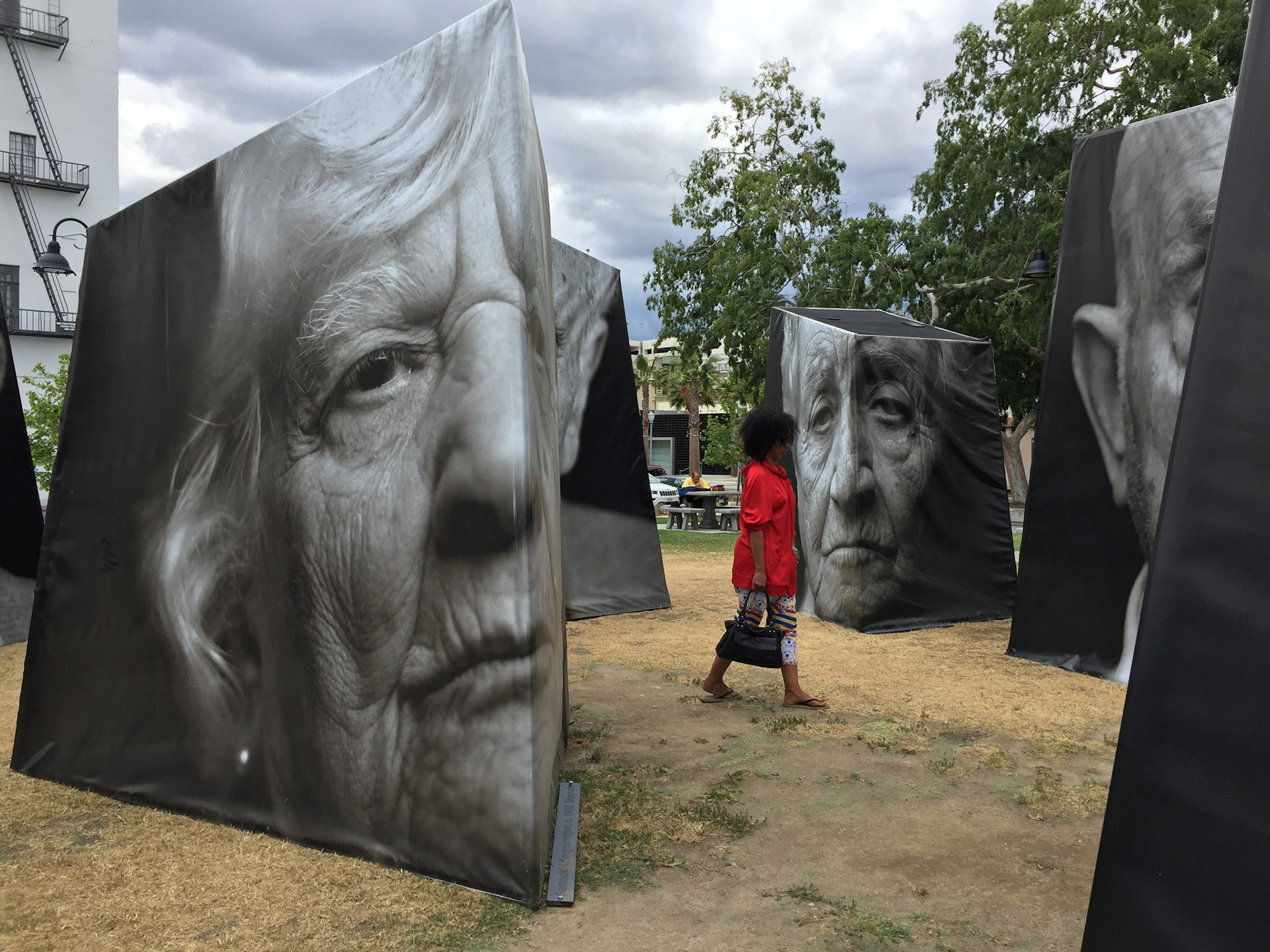 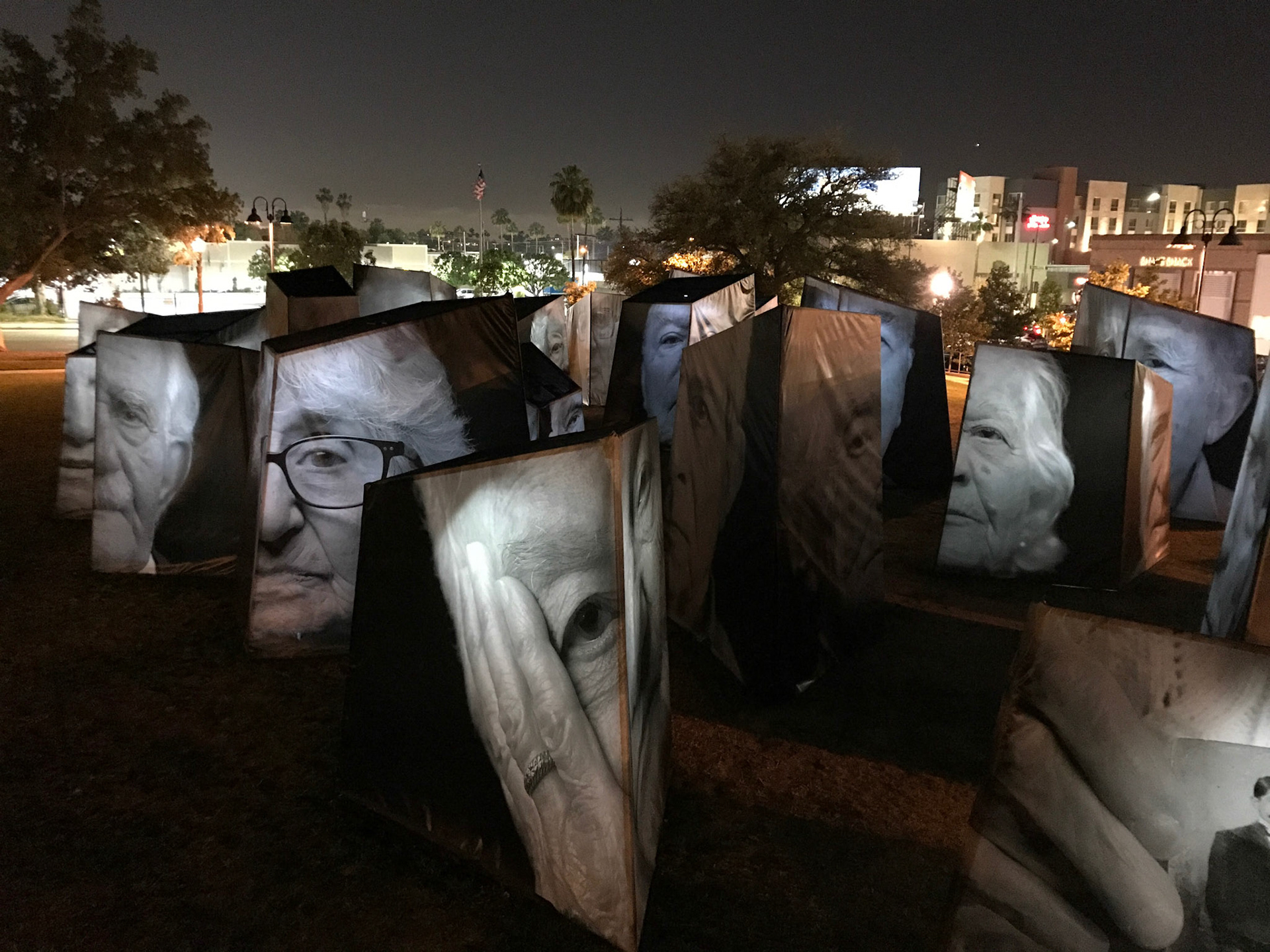 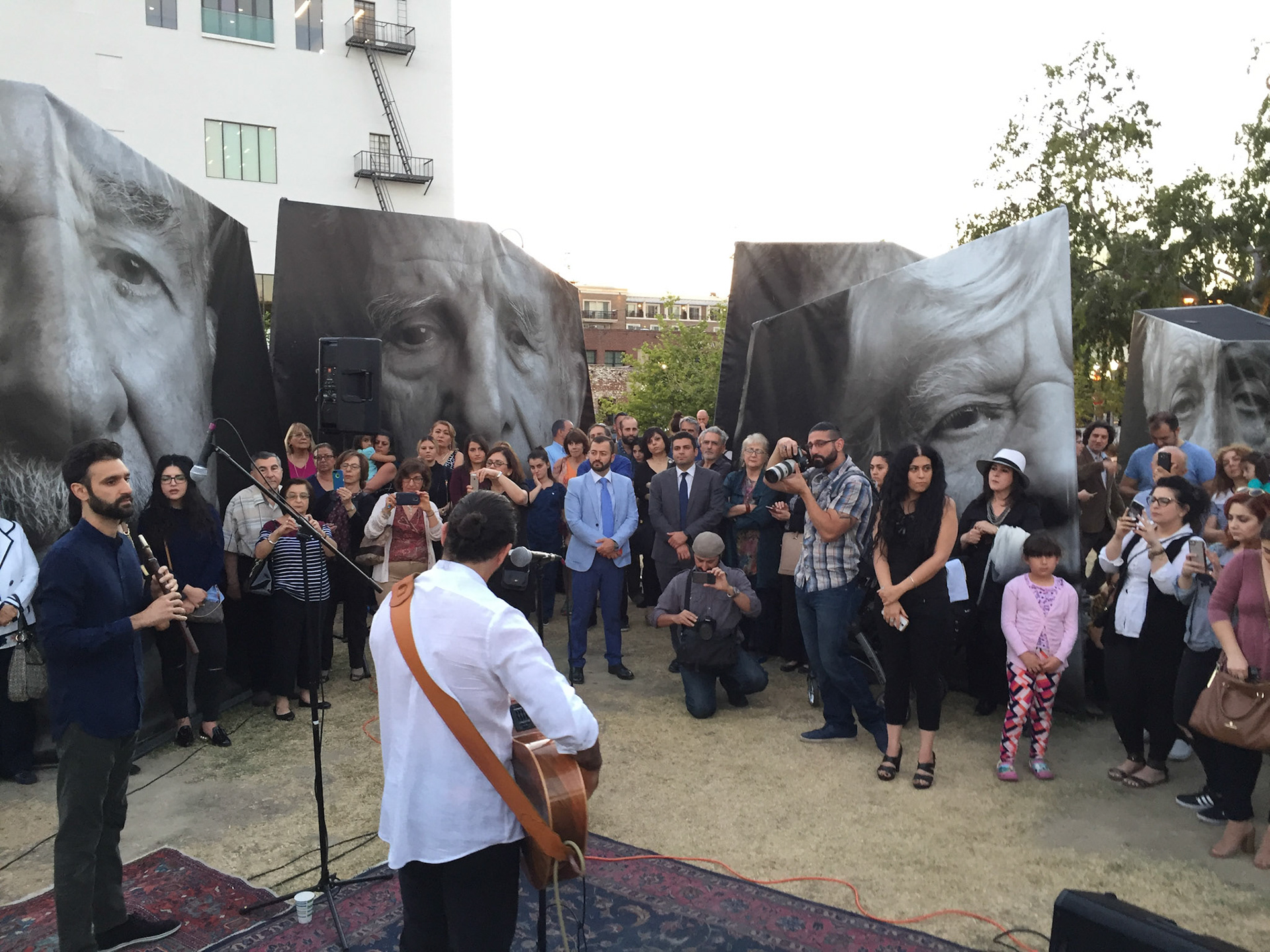 The highly anticipated and reimagined Downtown Central Library in Glendale is pleased to announce the reopening of its doors with a ReflectSpace: a new exhibition space designed to explore and reflect on major human atrocities, genocides and civil rights violations. Immersive in conception, ReflectSpace is a hybrid gallery space that is both experiential and informative, employing art, technology and interactive media to reflect on the past and present of Glendale’s communal fabric and interrogate current-day global human rights issues.
The inaugural exhibit, called Landscape of Memory: Witnesses and Remnants of the Armenian Genocide, unfolds in two distinct but interconnected parts and reflects on the Armenian Genocide through the cross-disciplinary work of witnesses, survivors, and artists, across four generations.
In the newly constructed ReflectSpace, Witnesses & Remnants examines the relationship of witnessing, survivor testimony and its generational aftermath. Leslie A. Davis, the US Consul in the Ottoman Empire in 1915, risked his life in saving Armenians and taking photographs of the Genocide. Davis’ critical work as a photographer and documentarian are presented and contextualized. Davis is connected to contemporary photographers via the portrait and testimony of Hayastan Terzian: one of the young girls he saved. Coming nearly a century after Davis, New York-based artist Aram Jibilian’s “Gorky and the Glass House” explores Arshile Gorky, the renowned Armenian-American painter, as an artist-survivor through a series of conceptual photographs made at Gorky’s final residence. Witnesses & Remnants is curated by Ara and Anahid Oshagan.
Just outside ReflectSpace, within a few yards of the library’s south entrance at Glendale Central Park, is iwitness, the highly popular public art installation from 2015.
The iwitness installation in Glendale is also re-imagined. Brought together in a site-specific clustered configuration, the installation creates an intense and immersive space where the audience is submerged underneath the gaze of massive portraits of Armenian Genocide survivors. A large-scale artistic disruption of public space, iwitness is of an interconnected network of towering asymmetrical photographic sculptures that have no right angles and their irregular angular shapes speak to an unbalanced world, continually at risk of war, ethnic cleansing and genocide. Conceived and constructed by artists Ara Oshagan, Levon Parian, architect Vahagn Thomasian and the iwitness team, iwitness will be the first ever large-scale public art installation in Glendale.
“This remarkable installation, coupled with the ReflectSpace exhibition, honors the 1.5 million victims of the Armenian Genocide and tells the personal stories of survivors--first-hand eyewitnesses to one of the worst atrocities of the 20th century,” said Cindy Cleary, Director of Glendale’s Arts and Culture.
Landscape of Memory: Witnesses and Remnants of the Armenian Genocide is an immersion in an internal conversation taking shape at the very onset of the Genocide and stretching over four generations. The diplomat/documentarian, eyewitness survivors and contemporary artists are all intricately linked in a network of imagery, image-making and testimony.
Landscape of Memory at Downtown Central is open to the public and runs through June 25. iwitness public art installation at Glendale Central Park runs through June 14. Opening reception plus concert by Raffi Semerdjian and Areni Agbabian for Landscape of Memory is on Friday May 19, 6-8 pm.
Witnesses and Remnants of the Armenian Genocide
ReflectSpace Gallery @ Downtown Central Library
222 E. Harvard St.
Glendale, CA 91205
May 1 – June 25, 2017
iwitness Installation
@ Glendale Central Park
(adjacent to library)
216 S. Brand Blvd.
Glendale, CA 91205
April 28 – June 14, 2017